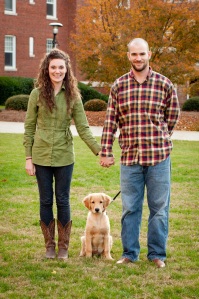 He graduated from Texas A&M (with a brief stint at Grove City College) and went on to work for Reformed University Fellowship (RUF) for a few years at Louisiana State University. His wife, Lizzy, also worked for RUF (first at UNC-Chapel Hill, and then at Winthrop after they were married). Jacob received his M.Div. from Reformed Theological Seminary-Charlotte, and is proud to be the token Presbyterian (PCA) friend of Chad.

You can catch Jacob on his own blog at www.tomjmorrison.com 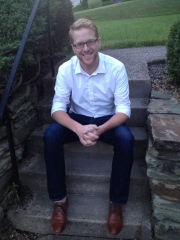 Robbie Schmidtberger is the Church Planting Resident at Grace and Peace Presbyterian Church in Pittsburgh, PA.

More importantly, he is redeemed by Jesus and married to his college sweetheart, Jennifer. Aside from these things, he is ordained in the Presbyterian Church of America, a big TV junkie, fanboy of John Calvin, and a little kid in a giant’s body. He gets very excited about the little things and anything pertaining to Pittsburgh.

Oh, and he was classmates with Chad at Grove City College.
Robbie also provides content for his church’s blog at graceandpeacephg.org/blog. 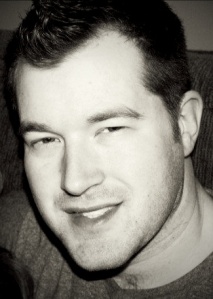 Zach is married to his wife Kelly (no Saved By the Bell pun intended), and together they have two sons–Braxton and Owen. He grew up in the Triad area of NC and still considers that part of the country home. He holds an M.Div. from Southeastern Baptist Theological Seminary.

Outside of theology and Biblical studies, Zach is an avid sports fan and cheers for the Carolina Panthers, the Notre Dame Fighting Irish, the San Antonio Spurs (at least until Tim Duncan retires; after that it’ll probably be the Hornets and the Clippers), the Carolina Hurricanes, and pretty any college basketball team from NC (although when push comes to shove, he picks and Duke and Wake Forest over UNC or NC State).

As he is about to turn 30, he is much too young to feel this dang old.

Andy Schmitz is the Lead Pastor of Redeeming Grace Chapel in Kankakee, Illinois.

Andy has lived all over the United States from New York, to Texas, to Ohio, to Alaska, to most recently Illinois.   He is a 1st Lieutenant in the Army Reserves and is pursuing a Master of Divinity from the Southern Baptist Theological Seminary in Louisville, KY.

Andy and his wife, Jenna, are both alumni of Olivet Nazarene University. Andy graduated in 2011 with a Bachelor of Arts in Philosophy and Religion and a minor in Military Science. He loves his wife, Jenna, and loves continuing to pursue and date her, striving to love her like Christ loves the Church.

Andy is a sinner who has been saved by the powerful, interrupting grace of Jesus Christ. While Andy was yet a sinner, the Son of God died for Him. This is Andy’s chief identity: a slave of God earnestly, yet imperfectly, pursuing joy in Christ. His favorite verse is Matthew 13:44, “The kingdom of heaven is like treasure hidden in a field, which a man found and covered up. Then in his joy he goes and sells all that he has and buys that field.”