Perhaps the most shocking four words a person can utter are these: “I believe the Bible.”  No caveats.  No exceptions.  No qualifications.  When you say this to a non-Christian, it is shocking to them in our progressively enlightened 21st century that any of our tribe still exist.  When you say this to a Christian, they too will be shocked–not because you believe the Bible, but because you believe it without exception.  In theory, every Christian believes the Bible, but if you were to examine their trash bins, you might be surprised to find more than a hand-full of passages tossed out.  In the first Shock and Awe post, I wrote about the trend among new churches toward exhibitionism, light shows, off-color humor and surprising ‘worship’ songs as an effort to connect with disillusioned non-Christians.   However, I believe it is more shocking to find a Christian who will actually stand by the Bible, every chapter, every verse, every word, and say, “I believe it.”

It is all well-intentioned.  Christians want people to receive the Bible as authoritative, but they believe there are certain passages, themes, or verses that turn people off.  The Bible has a wardrobe malfunction problem.  Every couple of pages, the Bible’s top falls off, or we find it with its pants on the floor. 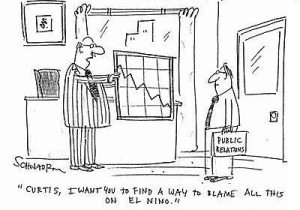 It’s the Christian’s job to do our best to shield these indecencies from the public eye and to smooth over any embarrassments.  The Bible is like a PR nightmare.  The OT keeps us busy enough, what with all of its polygamy, bloodshed, and genocide.  Then Paul has to go running off at the mouth about male supremacy, and Jesus has to say things like, “If you don’t forgive others, my Father in heaven won’t forgive you.”  Christians take on the role of the blushing parent apologizing for a precocious child: “I’m sorry, he doesn’t really mean that.”

Christians in our churches like Jesus.  We believe in Jesus, and we truly trust his death for the forgiveness of sins.  The problem for many of us is the book we were handed when we believed in Jesus: the Bible.  To many Christians, it is as much a hindrance to modern Christianity as it is a help.  Perhaps this is why they prefer to do ‘bible’ studies on Christian books by modern authors or use translations that obscure what the Bible actually says.

The problem is that all of this reinterpretation, censorship, and public apology does not make the Bible more palatable to the non-Christian world.  What it does do is show the rest of the world that Christians don’t even believe the Bible.  Rather than boosting the Bible’s authority in the eyes of the world, we degrade it by qualifying it away into oblivion.  When we try to dress the Bible in a modern pencil skirt, with a modest blouse and some casual flats, we are not doing it any favors.  God intends for believers to embrace the Bible naked and unashamed.  Parts of it are going to go down smoothly like honey on the tongue.  Other parts of it are going to feel like an abrasive brillo pad on your unshaven face.  However, every part is meant for all believers.

Do you want some shock and awe in your church?  Go around and tell people you are done making excuses for God’s Word.  Tell people you may not understand every word, but you believe every word is true.  Actually live like you trust 2 Tim. 3:16-17–that all Scripture is breathed out by God and profitable.  People will look at you like you’re an alien.  They will say, “But what about 1 Cor. 11 and headcoverings?  Surely not that passage!”  “Yes, I believe it.”  As their temperature starts to rise they will respond, “Yeah, but the imprecatory psalms, we shouldn’t really use those…”  “Yes, I believe them.”  And as you watch their faces fill with exasperation simply tell them, “I may not understand it all, but I believe it is all true.  I believe the unadorned, uncensored, and shocking Scripture.  All of it–down to the last inspired word.”

One thought on “Shock and Awe II: Scripture in the Buff”