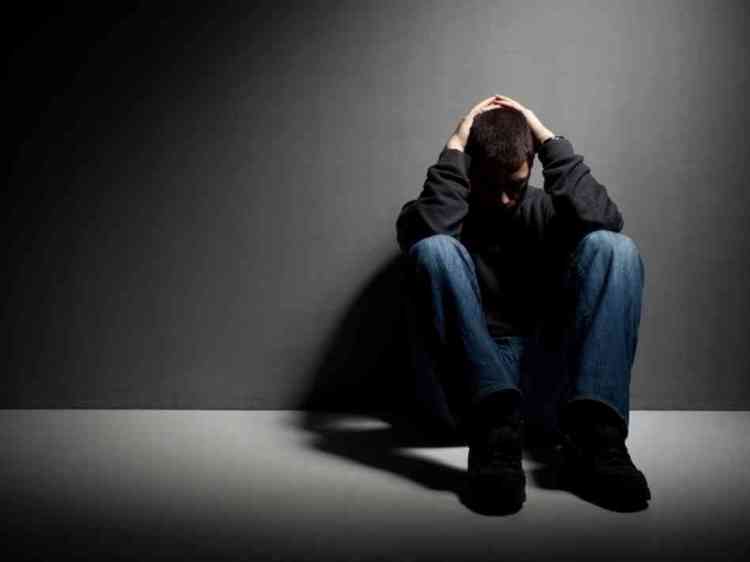 In our social media society everyone else’s grass is greener, pics are prettier, and life is more interesting than ours. We feel the constant pressure to perform before an ever watching online audience, and it can be overwhelming. On top of that, we have pressures in our marriages, difficulties at work, failures, diseases, suffering, and on and on. In moments of despair and loneliness, suicide might seem to be a welcome escape.

What does the Bible say about suicide? Perhaps you have heard that Christians believe anyone who commits suicide goes straight to hell. Is this true? In moments of despair, where do we turn? What do we say to a friend who is struggling with suicidal thoughts?

Suicides in the Bible.

Each of these six suicides was an emphatic punctuation at the end of life characterized by wickedness. Abimelech slew seventy of his own brothers. Ahithophel betrayed his king and defected to the king’s son. Zimri got the king drunk and assassinated him. Judas betrayed Christ. In several of these instances, the narrative actually tells us that the suicide came upon them as a result of God’s judgment: “[Zimri died] because of his sins that he committed, doing evil in the sight of the Lord, walking in the way of Jeroboam, and for his sin which he committed, making Israel to sin” (1 Kings 16:19).

All six of these were conniving, disobedient, desperately wicked men. The Bible does not leave their alliances in question: every man willingly chose in life and death to oppose God.

The point I’m trying to make is not that suicide sends you to hell. These six stories show that suicide is only an option to men who have chosen to live life in rebellion and sin. For each of these men, suicide was the unfortunate end to a life lived in direct disobedience to God.

The Bible never presents suicide as a viable option for God’s children.

Why do people consider suicide?

There are many reasons a person might struggle with thoughts of suicide:

Can a Christian commit suicide and still go to Heaven?

Any Christian–whether dealing with depression, tragedy, sin, or a chemical imbalance–might go through times when escaping this world seems like the best option. But isn’t suicide an unpardonable sin? Will a Christian lose their salvation if they commit suicide?

John 10:27-30 states: “My sheep hear my voice, and I know them, and they follow me. I give them eternal life, and they will never perish, and no one will snatch them out of my hand. My Father, who has given them to me, is greater than all, and no one is able to snatch them out of the Father’s hand. I and the Father are one.” It’s clear that our Shepherd is strong enough to hold us secure no matter what. If we truly are his sheep, he will never let us perish.

Read Ephesians 2:1-10. These verses are written to demonstrate that our salvation is a complete work of God. There is nothing we can do to add to it. There is nothing we can do to take away from it–not even when we commit suicide. If you are a believer, God chose to save you even when he saw who you would be at your lowest point. Once God has made us alive together with Christ, there is no possibility of eternal death ever ruling over us.No, not even suicide can snatch a sheep from Jesus’s hand.

Should a Christian commit suicide?

In the Christian life, just because we can do something doesn’t mean we should do something. Suicide is definitely a sin. God does not permit us to kill anyone made in his image–even if that man or woman is yourself. But there are a host of other reasons why suicide should never be an option:

1. It’s not considering others in your life.

Philippians 2:4 commands us to look not only to our own interests, but also to the interests of others. Suicide is only an option to someone who hasn’t thought about the way it will affect their parents, spouse, children, co-workers, or church.

2. Your church needs you.

According to Romans 12:3-8, your church is a unified body. What would happen if the toe decided to cut itself off? Wouldn’t that hurt the other members? Whether it feels that way right now or not, the Bible promises that your church needs you.

3. Christians are a people of hope.

Listen to 1 Peter 3:15: “But in your hearts honor Christ the Lord as holy, always being prepared to make a defense to anyone who asks you for a reason for the hope that is in you; yet do it with gentleness and respect…” We don’t always feel hopeful, and in those moments we cannot turn to death. The truth of Scripture proclaims to us in our dark moments a future and eternal life waiting for us.

4. God is using your suffering.

The difficulties of life are not meant to drown us. Paul says, “We rejoice in our sufferings, knowing that suffering produces endurance, and endurance produces character, and character produces hope, and hope does not put us to shame, because God’s love has been poured into our hearts through the Holy Spirit who has been given to us.” God’s love overcomes our greatest despair. When we encounter suffering and despair, the end result will be hope in the love of God, a “hope [that] does not put us to shame.”

How do we encourage someone with suicidal thoughts?

First, never try to counsel someone alone. Make sure you get the help needed from family members, pastors, doctors, and the police to keep your friend safe. However, there are some things we can share to encourage a brother or sister who is despairing.

Romans 8:28–“And we know that for those who love God all things work together for good, for those who are called according to his purpose.” God is in control of even your worst circumstances, and his eternal plan will turn out better for you than you could ever hope or dream.

Romans 5:8–“But God shows his love for us in that while we were still sinners, Christ died for us.” You can never do anything to make God change his mind about saving you. God’s love is from everlasting to everlasting for his children.

3. Remind them that suffering and trials are meant to produce hope.

Romans 5:3-5–“Not only that, but we rejoice in our sufferings, knowing that suffering produces endurance, (4) and endurance produces character, and character produces hope, (5) and hope does not put us to shame, because God’s love has been poured into our hearts through the Holy Spirit who has been given to us.” God uses hardships in our lives to build us and make us more like Christ.

Go back to the book of Genesis and read about the life of Joseph, a man who met one injustice after another, but remained faithful to God. He realized that while others had evil intentions, “God meant it for good, to bring it about that many people should be kept alive, as they are today.” Through Joseph’s suffering, God brought salvation to many.

4. Remind them how much YOU love them.

1 Peter 4:8–“Above all, keep loving one another earnestly, since love covers a multitude of sins.” In the church, we shouldn’t have to be commanded to love, but sometimes we need a reminder to express that love. Peter encourages us to be earnest in our love. Make yourself a visible expression of God’s love to those hurting around you.