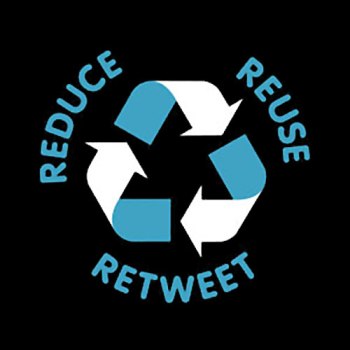 A large portion of our online interaction these days deals with sharing discoveries, pages, videos, and memes not original to ourselves.  Some of this stems from the fact that we as social creatures enjoy things more when we share them with someone; God did declare in Genesis 2 that it was not good for man to be alone.  However, I also believe there are at least two other reasons: (1) we are too lazy to think or create for ourselves, and (2) we don’t want to take a stance on anything.

Now, outsourcing of ideas and thinking is nothing new to society.  Even before social media and the internet, many of our smaller town newspapers outsourced many of their columns to syndicates and media corporations like Associated Press.  However, with the rise of political correctness and the ease with which we can cut and paste text, retweet, and repost, it is much safer and easier to allow someone else to express our opinions or thoughts for us.  That way when others disagree, we can pass the blame; it’s a kind of sneaky “don’t shoot the messenger” approach to communication.

The repost and retweet allow for dispersion of undigested material.  We no longer are required to process any idea we take in and provide a critical response (do our schools even teach how to do book reports anymore?).  This is where I believe the danger hides.  We are increasingly centralizing our critical thinking in a few select areas of the internet–which areas depends on our general worldview–and simply looking to those people or organizations for articles to repost and share with one another.

Before mass communication was possible, parishoners would turn to their local pastor for advice and thoughts on matters dealing with the Bible and faith–because there was no one else.  Today, we can turn to any pastor who has an online presence for advice, guidance, or ideas about any issue or topic of Biblical discussion.  Is this a bad thing?  No.  However, it can and is slowly breaking down the relationship between a local pastor and his sheep.  People do not have to come to their pastors for spiritual guidance because they can get it from the internet.  In fact, church members don’t really have to come to their pastor on Sunday morning for spiritual exhortation and encouragement from God’s Word, because they can find thousands upon thousands of sermons online to do that very thing any day of the week.

The danger for a local pastor is that once he has been sufficiently stricken with an inferiority complex, he will decide to outsource his God-ordained responsibility to critically think through the Word on behalf of his flock to the true professionals.  Fearing that he will never achieve the preaching abilities or writing skills of celebrity pastors (which he never will), he decides rather to give up and become a sort of theological pinterest board for his congregation.

The question is: is this what members ordain their pastors for?  Do you ordain a pastor spiritually and practically (with your finances) so that he can refer you to the real experts?  Then stop treating your local pastor like a last resort and a second tier minister in your life.  Encourage your local pastors to write and to think critically, and praise their efforts.  Use your pastors for the work you have ordained them to do.

Would my congregation be happy with me if I got up in the pulpit on Sunday morning and retweeted the entire first 5 chapters of Matthew?  Of course not, they expect a critically thought out sermon of digested Scripture.

Retweets and reposts are a part of our lives now, but I would encourage you to resist the urge to pass along undigested ideas and articles all of the time.  Think for your self occasionally.  Listen to those sermons, read those articles, but digest the ideas and internalize what is being taught.  And use your local pastors, because they were given to your church to build up your church body…specifically (Ephesians 4:11-16).

4 thoughts on “Retweets, Reposts, and Links: Gimme Something Original!”