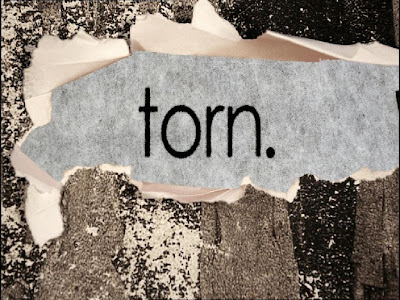 Last week I was talking with some students about the events surrounding Jesus’ crucifixion, and it came up that their religion professor denied the historicity of the “curtain torn in two” account given in Matthew, Mark, and Luke, claiming it was mere poetic flourish.  The torn curtain was explained to be poetic license taken by the authors to communicate theological truth to their readers.

I believe this raises a question: Are we obligated to assume that any literature intending to do anything beyond conveyance of mere historical data is probably created by that author for polemical reasons?  More plainly, should we always suspect the historical validity of language containing any hints of metaphor, typology, theology, or poetry?  The real question is whether history events truly occur that contain metaphorical meaning and typological truth.

I believe we would all have to agree that more often than not the adage “reality is stranger than fiction” holds true.  In my wife’s hometown, there is a Dr. Toothman.  Guess what his vocation is?  What about the First World War?  Can the fact that the people of that time called it, “The War to End All Wars”, not communicate irony to us as we look back on it?  Often, the irony or metaphorical value of an event is better recognized later during reflections on the past.

The Gospel writers do not seek to veil their agenda in writing their works.  In fact, John concludes his Gospel with frankness: “These things are written so that you may believe that Jesus is the Christ, the Son of God, and that by believing you may have life in his name.”  Does that make the historicity of these works suspect?  For most scholars, the answer is yes.  However, it is a misconception to assert that history can be recounted without any hint of interpretation.  The mere selection of which historical events to recount is editorial in itself, and the fact that the Gospel writers have edited their accounts for polemic reasons does not make them false.

The real heart of the matter raised about the “curtain torn” issue is whether language can have both historic and poetic value.  Can the Genesis 1 account be poetic–which it most certainly is–and still communicate historical truth?  Can the story of Noah and the Flood be both historically accurate and still communicate typological truth pointing forward to Jesus and the need for a new creation?  Can poetic language convey historical truth, or can’t it?

The problem lies in the fact that we set “poetry” aside in its own class as though it must be actively engaged, like a light switch, in order for it to be a part of our language.  Poetry is not a light switch.  It is a continuum; language is either more or less poetic–not is or is not poetic.  To insist that events narrated in the Bible that carry more than mere historical data must be fabricated by the author is to ignore the truth that irony, typology, and “history repeating itself” are happening around us every day.

It also ignores the fact that history has an Author more skilled than Mark Twain at irony and better than Fyodor Dostoyevsky at conveying typological and metaphorical ideas through narrative.

One thought on “Are Historicity and Poetry Mutually Exclusive?”