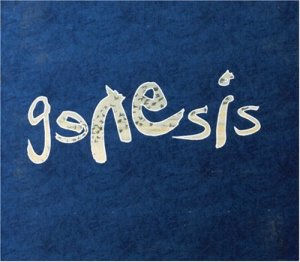 For your Monday morning, here is a pick-me-up: some Christological typology from the book of Genesis.  Genesis is an amazing saga about the origins of the universe, the creation and fall of man, the election of God’s chosen seed, and the development of the twelve tribes.  Genesis provides many motifs, symbols, and types that shape the way the rest of the history of God’s people is recounted, and they find their ultimate fulfillment in the birth, life, death, and resurrection of Jesus Christ.  This list is far from exhaustive, but if you are reading the book of Genesis, consider these Christological types:

1. Jesus is the New Creation, who makes all things new–both the heavens and the earth.

2. Jesus is the New Adam, who was perfectly obedient to the Father and gives eternal life.

3. Jesus is the New Abel, who offered an acceptable sacrifice and was put to death by his brother(s).

4. Jesus is the New Seth, who was raised again as the son of the woman after her son was put to death.

5. Jesus is the New Noah, who ballasted men in his boat of salvation in the midst of divine wrath on mankind and renewed creation.

6. Jesus is the New Tower of Babel, who draws men of every tongue and tribe to himself and gives them access to Heaven.

7. Jesus is the New Abraham, who left his Father’s home and was obedient, knowing he would have immeasurable blessing.

8. Jesus is the New Melchizedek, who proclaims peace to those who through faith have become the true offspring of Abraham.

9. Jesus is the New Isaac, who was the child of promise, the only beloved of His Father.

10. Jesus is the New Ram, who became the substitutionary sacrifice on the altar in our place.

11. Jesus is the New Jacob, who labored faithfully as a humble servant for his Bride.

12. Jesus is the New Israel, who bore a nation of brothers, not by natural descent, but by faith.

13. Jesus is the New Judah, who would rule his brothers.

14. Jesus is the New Joseph, who was betrayed by his brothers, falsely accused, cast into the depths, and raised to the right hand of the Throne.