I have this annoying quirk where I can’t let the particulars of Scripture go. When the Bible gets descriptive, there must be some significance beyond satisfying mere curiosity. There are no throw away parts of Scripture, no parts that are just for your information. Unexpected details get my wheels churning. When it comes to my interpretive method, I guess you could say I tend to think the devil is in the details–figuratively speaking, of course.

The Beginning: A Very Good Place to Start.

So when our small group was studying through the story of Joseph, there was a detail central to the narrative that my mind couldn’t shake: Benjamin. If you know the story, Joseph and Benjamin share the same mother Rachel who was Jacob’s favorite wife. Understandably, Benjamin was Joseph’s favorite brother, and it comes as no surprise when Joseph welcomes his brothers into the courts of Egypt that he shows favoritism to Benjamin.

But he does it over and over and over again. In Genesis 43:34, Joseph serves dinner to his brothers, “But Benjamin’s portion was five times as much as any of theirs.” When he reveals himself to his brothers, only Benjamin gets a private moment of joyful tears with Joseph. In chapter 45 Moses records, “To each and all of [his brothers] he gave a change of clothes, but to Benjamin he gave 300 shekels of silver and five changes of clothes” (Gen. 45:22).

Why is it that Benjamin gets so much attention? What is with this curious case of Benjamin? What is God trying to communicate about Benjamin through this narrative other than that he was the closest brother of Joseph? I was determined to leave no stone unturned.

My mind jumped to Judges since I just finished preaching through the book. The final chapters conclude with the near extermination of a rebellious tribe, one that is behaving exactly like the Gentile Canaanites–the tribe of Benjamin. The story is sad on many accounts, but the sorrow of Israel is expressed in this: “There must be an inheritance for the survivors of Benjamin, that a tribe not be blotted out from Israel” (Judges 21:17). The survival of Benjamin’s lineage hangs in the balance. Every man, woman, and child is gone. A measly 600 men remain.

Who cares? So what? The Benjaminites were wicked and perverse. Why does it matter in God’s providence whether Benjamin retains his place among the patriarchs? Why should we care that at the close of the book of Judges, the tribe of Benjamin is only a few arrows and swings of the sword away from total annihilation? What could possibly be at stake?

Turn a few pages to the next historical book, and we might be tempted to think we’ve found our answer. The Benjaminites are so essential because among them is hidden Israel’s king. Yes, surely this is it. Joseph’s favor and blessing to Benjamin was a foreshadowing that the King of Israel would come through Benjamin’s lineage. This is why it was so important that Benjamin survive past Judges 21.

1 Samuel 9 verges on redundancy to drive home the point: “There was a man of Benjamin whose name was Kish…a Benjaminite, a man of wealth. And he had a son whose name was Saul.” Is there any doubt of Saul’s origins? Surely King Saul, the Benjaminite, is God’s King, God’s Messiah, the promised offspring who would bring the blessings of Abraham to all nations…

But then Saul disobeyed God, lost God’s favor, and God anointed another king. For the rest of Saul’s career, he chased God’s anointed one, David, across the Israelite landscape persecuting and pursuing him. Saul’s life ended in humiliation on the battlefield, taking his own life to avoid Philistine torture.

That’s the end of that theory.

An Act of God.

Things remain relatively quiet for the line of Benjamin throughout the rest of the OT. He remains faithful to the Davidic throne, but nothing extraordinary comes of the Benjaminite line. Could it be that we are grasping at straws? Maybe Joseph’s exorbitant and lavish grace on Benjamin doesn’t foreshadow anything.

But wait. After the coming of our Lord Jesus, another Saul stumbles into the book of Acts. Like the Saul of 1 Samuel, this man also goes around persecuting the Lord’s Anointed One and anyone who claims him. He passes through the Israelite countryside dragging men and women out of their homes and throwing them into prison. Can you guess who this Saul descended from? 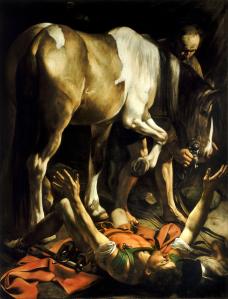 On the road to Damascus, Saul the Benjaminite is confronted by the Risen Messiah. Here is what Jesus says about Saul: “He is a chosen instrument of mine to carry my name before the Gentiles and kings and the children of Israel” (Acts 9:15). Saul becomes Paul, and he goes forth preaching the Gospel of Jesus Christ. In Acts 14, when the Israelites reject Paul’s Gospel, we see it happen in real time: “The Lord has commanded us, saying, ‘I have made you a light for the Gentiles, that you may bring salvation to the ends of the earth.‘ And when the Gentiles heard this, they began rejoicing and glorifying the word of the Lord…”

All the way back in Genesis, as Joseph showers Benjamin with favor, God is pointing to the lineage of Paul, the chosen instrument to bring salvation to the ends of the earth. He was not the Messiah King. He was the King’s messenger. Through the line of Benjamin, God planned even in Genesis to spread the blessings of Abraham’s Offspring to the nations. When the line of Benjamin was almost snuffed out, so was our hope of receiving the Gospel of Jesus. You and I have come to know the gospel because of Paul–the Benjaminite.

One thought on “The Curious Case of Benjamin”